Following are links to documents created by or for government agencies in the U.S. A number of these documents are hosted on this site. Links (indicated with asterisks) are provided for a number of other documents, including: New York State's report on the Apalachin convention, President Lyndon Johnson's Organized Crime Task Force report, the Senate Permanent Subcommittee on Investigations "Organized Crime: 25 Years After Valachi" report and the organized crime related sections of the House Select Committee on Assassinations (HSCA) hearings and appendix. Additional links are shown for online document collections, including: the FBI Freedom of Information Act "vault" and the Mary Ferrell Foundation's collection of released government agency documents related to John Kennedy, Robert Kennedy and Martin Luther King Jr. assassinations.

Organized Crime in Interstate Commerce was the focus of the U.S. Senate's "Kefauver Committee" in 1950-51. We present the text of the three interim reports, the fourth and final committee report and the Virgil Peterson testimony - dealing with organized crime history - to the committee. Links are also provided to the individual regional volumes of testimony presented before the committee and to Kefauver biographical information. 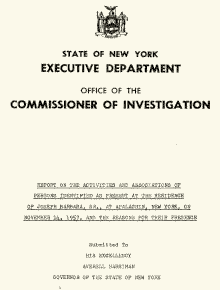 On April 23, 1958, New York State Acting Commissioner of Investigation Arthur L. Reuter presented to Governor Averell Harriman his "Report on the Activities and Association of Persons Identified as Present at the Residence of Joseph Barbara, Sr., at Apalachin, New York, on November 14, 1957, and the Reasons for Their Presence." The lengthy and detailed report was subsequently used as the foundation for the FBI's own report on the Apalachin convention. 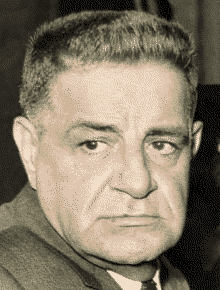 We bring you the entirety of Joseph Valachi's lengthy autobiography, The Real Thing, written for U.S. government investigators while the turncoat Mafioso was under federal protection. This document, revealing Valachi's own criminal career (murder, narcotics, burglary, loan sharking, race fixing, bookmaking), describing his numerous underworld associates and detailing Mafia rackets, was the foundation for The Valachi Papers.

Organized Crime and Illicit Traffic in Narcotics was a 1965 report by the U.S. Senate Permanent Subcommittee on Investigations, led by Senator John L. McClellan. We present the text of the introduction and Mafia-related portions (through p. 47) of the report, which include American Mafia history, as well as background information on and member lists for cosa nostra groups in New York, Chicago, Detroit, Boston-Providence, Buffalo, Tampa.

Less than a decade after the embarrassment of the underworld's convention at Apalachin, New York, J. Edgar Hoover positioned himself as the nation's foremost expert on organized crime. This document contains his La Cosa Nostra-related remarks and a report presented to Congress during federal department budget hearings in 1966. Hoover identified an Italian "criminal fraternity" in the U.S. and referred once (in the written report) to "Mafia." 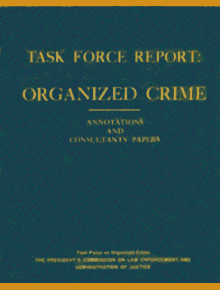 Task Force Report: Organized Crime is the report of President Johnson's Commission on Law Enforcement and Administration of Justice Task Force on Organized Crime. The report, building on the earlier The Challenge of Crime in a Free Society, explores the nature of organized crime, rackets, corruption of law enforcement and politics and various law enforcement efforts. The report also outlines a national strategy against the Mob.

The Pennsylvania Crime Commission's 1970 Report on Organized Crime discusses the three resident cosa nostra crime families in the state - Bruno in Philadelphia, LaRocca in Pittsburgh and Bufalino in Scranton/Pittson/Wilkesbarre - and other underworld organizations engaged in racketeering within Pennsylvania. The leading figures of Mafia organizations and their most common money-generating rackets are listed and discussed. 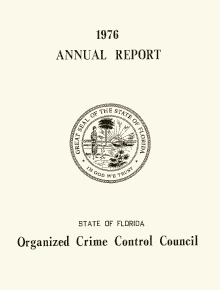 The 1976 report of the State of Florida Organized Crime Control Council examines various types of organized criminal activity in the state. In addition to an analysis of traditional organized crime, including names, statuses and Florida relationships of numerous Mafia / Cosa Nostra figures, it deals with narcotics smuggling gangs, terrorist groups and robbery/burglary rings. The report is provided as a PDF by the U.S. DOJ Office of Justice Programs. 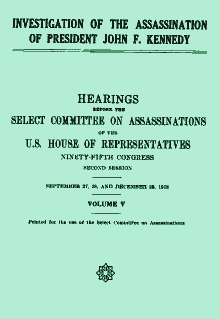 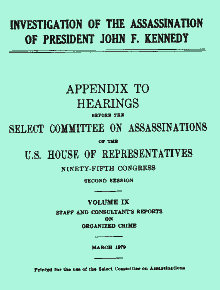 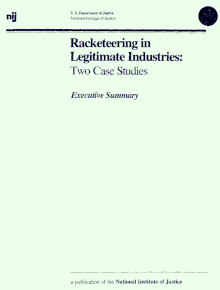 Executive Summary of Racketeering in Legitimate Industries: Two Case Studies, by Peter Reuter, Jonathan Rubinstein and Simon Wynn, reports on a 1983 Center for Research on Institutions and Social Policy investigation of increasingly subtle underworld involvement in the solid-waste hauling and vending/game machine industries. This PDF document is provided by the National Criminal Justice Reference Service through the DOJ Office of Justice Programs.

Organized Crime's Involvement in the Waste Hauling Industry, 1986-87, was a report compiled by the New York State Assembly Environmental Conservation Committee chaired by Maurice D. Hinchey. The report was based on 1984 hearings and subsequent staff investigations of American Mafia connections to waste hauling businesses within the New York region. The report included a chart mapping connections between crime families and waste firms.

The U.S. Senate's Permanent Subcommittee on Investigations heard testimony from Angelo Lonardo on April 15, 1988. Lonardo was the son of an early Cleveland, Ohio, Mafia boss and had himself been a Cleveland Mafia leader. His testimony before the subcommittee was included in the 25 Years After Valachi report. Lonardo recalled local underworld history, as well as more current events and interactions between cosa nostra organizations. 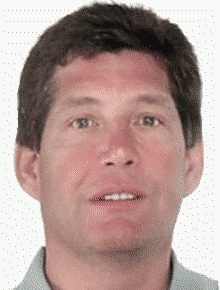 A portion of the February 22, 2006, Southern District of New York Federal Court testimony of former Gambino Crime Family member Michael DiLeonardo in the case, U.S. v. John A. "Junior" Gotti (one of three unsuccessful cases brought against Gotti). DiLeonardo reflects on Gambino Crime Family history - and his own participation and that of his relatives - from its earliest days to more recent events.

A gruesome murder in a reportedly haunted, old, Staten Island mansion provides a window into the operation of the Bonanno Crime Family of New York. Turncoat witness Cicale testifies in the October 2008 case United States v. Joseph Young, related to the March 29, 2005, murder of Robert McKelvey at the Kreischer Mansion. Cicale and two others indicted in connection with the crime cooperated in the prosecution of Young.

The Shifting Structure of Chicago's Organized Crime Network and the Women It Left Behind, by Christina M. Smith, discusses the gender inequality in organized crime that grew out of the increasingly centralized, male-dominated underworld of the Prohibition Era. Smith's 2015 sociology dissertation was supported by the DOJ Office of Justice Programs and the National Science Foundation. It is provided as a PDF by the Office of Justice Programs. 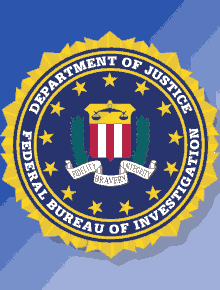 The Vault Index: Available here are Federal Bureau of Investigation files released under the Freedom of Information-Privacy Act. Sections related to the "Gangster Era" and to "Organized Crime" would be of special interest to those researching Mafia history. There are files on Mob leaders Al Capone, Meyer Lansky, Albert Anastasia, Dutch Schultz, John Gotti, Bugsy Siegel, Lepke Buchalter, Carmine Galante, Carlo Gambino and others. 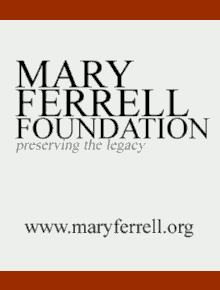 The Mary Ferrell Foundation has collected numerous government agency (FBI, CIA, ONI, Defense Dept., State Dept., etc.) reports relating to the assassinations of President John F. Kennedy, Robert F. Kennedy and the Rev. Martin Luther King Jr. and to the Watergate scandal. Many of the more than two million pages in the collection discuss leaders and members of the American Mafia crime families and their organized crime associates.