Introduction: The Sicilian adjective "mafiusu" (Italian "mafioso," possibly derived from Arabic) has traditionally been used to describe men who exhibit bold independence, gallantry and swagger. The term evolved over time, becoming a noun and referring to a member of a secret network of men who eagerly took the law into their own hands. By the second half of the 19th Century, official law enforcement in Sicily recognized "Mafia" as the name of that network. Mafia was described as a powerful, historic (in legend, dating as far back as the Sicilian Vespers rebellion of 1282) and widespread conspiracy that served as a sort of shadow government in the western portion of the island. This official recognition appeared related to violent rivalries between underworld sects and cooperation of some of the warring elements with official agencies. It was said that Mafia, once a secret fraternal order similar in composition and republican objectives to Freemasonry, had degenerated into a largely criminal society while retaining the trappings of an honorable ancient order.

In this period, some Mafia organizations established colonies in the continents of the Western Hemisphere, bringing Old World policies, allegiances and rivalries with them. Branch offices sprang up in American cities, such as New Orleans, San Francisco and New York. For a time, these maintained close relationships with their home-office Sicilian cities, and members of the Sicilian fraternity were recognized as "mafiusi" by U.S. groups.

As Sicilian immigrants moved into various U.S. locations in search of opportunity, the underworld agents of their Old Country hometowns followed. In many cases, mafiosi provided new Sicilian-Americans with employment, housing, banking, grocery and transportation services, but established costly and coercive monopolies over those needed services. In addition, mafiosi monopolized vice enterprises, and some engaged in the "Black Hand" racket of obtaining payments through threatened violence and/or acts of kidnapping, bombing and murder.

By about 1900, the growing and spreading U.S. Mafia organizations established a system for resolving disputes among them and elected a single capo dei capi (boss of the bosses) to oversee that system. This may be viewed as the birth of a distinct "American Mafia" network, though strong connections remained to the parent organizations across the Atlantic.

The consolidation/alliance process accelerated in the Prohibition Era, as there were enormous cash incentives for streamlining criminal enterprises focused on illegal liquor sales and for eliminating bootlegging competitors. The process completed with the end of the Mafia's 1930-1931 Castellammarese War, the acceptance of coherent and uniformly constituted organized crime families in U.S. cities and the subsequent adoption of the Commission, a representative form of dispute resolution that replaced the tyranny of the capo dei capi.

As the Commission took shape, the American Mafia reportedly declared itself entirely separate from its Sicilian precursors. Some historians and law enforcement officials marked this separation by referring to the independent U.S. organization by a different name. (Oddly, one of the suggested names was "Unione Siciliana," the title of an old Sicilian fraternity in the U.S. Midwest.) Under J. Edgar Hoover, the Federal Bureau of Investigation settled on "La Cosa Nostra" (abbreviated "LCN") as its preferred term.


This website attempts to uncover the important individuals, events and locations in the history of the American Mafia, to dispel the false legends that have risen about that history, to offer plausible explanations for lingering mysteries and to direct interested readers to valuable resources.

The site includes feature articles on interesting events, trends and personalities (most of these articles include source citations); collections of underworld slang and nicknames; biographies of important crime figures, lawmen and informants; discussions of crime family leadership successions; maps of often-mentioned locations; timelines of Mafia-related events; links to government document collections and other informative online sites; reviews of crime history books; as well as a site search feature, an extensive bibliography, a discussion forum and a blog that chronicles site changes.

Mafia convention in Havana? Probably not 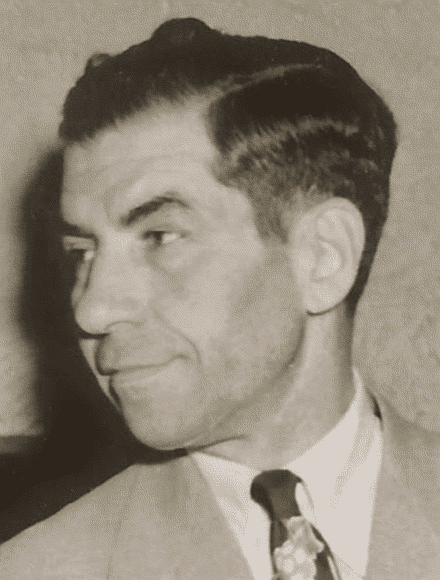 According to an often repeated underworld legend, Salvatore "Lucky Luciano" Lucania reached Havana, Cuba, late in 1946 and immediately summoned U.S. crime bosses to a convention where he was proclaimed Mafia boss of bosses. But that meeting probably did not happen. And there is no reason to believe Lucania was ever named boss of bosses. Available evidence reveals some crime figure trips to Cuba but suggests that during Lucky's Cuba stay he was visited occasionally by very small groups of friends and associates.

Articles investigating the identities of underworld informants. The most recent Rat Trap article:

Some Kennedy assassination-related documents released through National Archives on July 24, 2017, and October 26, 2017, discussed CIA cooperation with American organized criminals in an effort to assassinate Cuban dictator Fidel Castro. The documents revealed little about CIA-underworld interaction that was not already known to historians through other sources, but the release provided an occasion to reflect upon that moment of interaction between intelligence community and underworld and its aftermath...

Many conspiracy theories have arisen around the noteworthy figures in American organized crime history. No American gangland chief is better known than Al Capone and no theory more shocking than the counterfeit Capone idea advanced by Real Detective magazine in 1931. The periodical insisted that the real Al Capone had been murdered by underworld superiors and replaced by a more malleable lookalike relative. Strangely, the preposterous imposter theory seemed plausible enough for the FBI to launch an investigation into it...

The basis for The Valachi Papers book and movie, Joe Valachi's personal memoirs have extraordinary value for Mafia researchers. We are now bringing The Real Thing online for the first time. While in federal custody in 1964 (following his widely publicized Senate testimony), Valachi wrote about his life, his underworld career and associates and a number of significant gangland assassinations.

The March 13, 2019, killing of reputed New York crime boss Francesco Cali was attributed to a follower of the QAnon movement, who reportedly believed he was acting in the interest of then-President Donald Trump. The trial of Anthony Comello on charges of murder and criminal weapon possession was put off indefinitely in June 2020, as a judge found Comello mentally unfit to stand trial and ordered him to a mental health facility....

The Mafia in California

Informer's special issue focuses on Nicola Gentile, Mafia leader in U.S. and Sicily, who published an Italian-language tell-all autobiography in 1963. Informer strives to bring Gentile's entire life story to the English-language reader. Building on extensive original research by a team of historians and on government documents designed to extract meaning from the memoirs, the issue balances Gentile's obviously self-serving and self-aggrandizing work with verifiable history, to correct his misinformation and to fill in the gaps left in his personal account.

Two-volume historical biography of Mafioso Joseph DiCarlo, once known as "the Al Capone of Buffalo" and as western New York's "Public Enemy No. 1." Son of the region's first known Sicilian underworld boss, DiCarlo was rejected as heir to his father's criminal empire. After spending troubled years as a vassal of the influential Stefano Magaddino, DiCarlo and his underlings wandered, seeking their fortunes in Youngstown, Ohio, and Miami Beach, Florida, before returning home to witness the disintegration of the western New York Mafia.

Conveys J.P. Macheca's epic life story, as it details the 1890 assassination of New Orleans Police Chief David Hennessy and the 1891 Crescent City lynchings. A street warrior for the corrupt New Orleans Democratic machine known as "The Ring," Macheca was the patron of the fledgling American Mafia in southern Louisiana. His underworld ties brought him into conflict with Hennessy, involved him in a Mafia civil war and ultimately cost him his life in the largest lynching in American history. Silver Medalist in 2008 Independent Publisher Book Awards.

Was a fair trial for Charles Sberna even possible? The son of an anarchist terrorist and son-in-law of a Mafia boss of bosses, Sberna was sentenced to die after being convicted of killing a New York City police officer. The story involves celebrity attorneys, underworld chieftains, violent political radicals, media giants and ruthless establishment figures, and it is set in a period in which Americans sought stability and order after years of political upheaval and Prohibition Era lawlessness