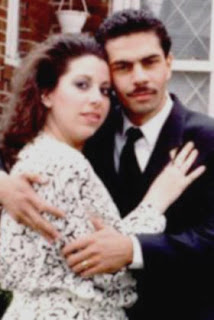 Thomas and Rosemarie Uva headed out on the morning of Thursday, December 24, 1992, to finish up their Christmas shopping. Before leaving their apartment at Eighty-Third Street in Ozone Park, Queens, Rosemarie spoke briefly on the telephone with her sixty-one-year-old mother-in-law, Fannie Accomando Uva of the Bronx.

Traffic was heavy - holiday motorists mixed with the usual Thursday morning rush-hour congestion. The Uvas, in a four-door maroon Mercury Topaz, were less than a mile from home at nine o'clock when they stopped for a traffic light at 103rd Avenue's intersection with Ninety-First Street.

Their automobile, no longer restrained by the force of a living person's leg on its brake pedal, began to move through the intersection. It continued eastward several blocks, colliding with another vehicle at Woodhaven Boulevard and finally coming to rest against a brick wall and fence surrounding a residential property at Woodhaven and 103rd Avenue.

Police, press and public had no idea at that moment why the young couple had been killed. Members of some New York crime families understood the reason, but they weren't yet talking about it. Fannie Uva seemed to be the first to have an inkling. When she spoke with the local press, she remarked that the shooting sounded like something the Mafia would do. But she told reporters that her son Thomas had no connection to organized crime. ..