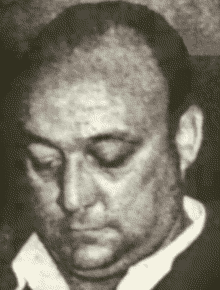 A survivor of bloody gangland civil wars in his native Brooklyn, "Tony Shots" Abbatemarco reached a leadership position within the Colombo Crime Family and lived beyond his eighty-third birthday.

Born to Brooklyn residents Frank and Mary Rizzo Abbatemarco in 1922, Anthony Francis Abbatemarco grew up at 702 President Street in the Park Slope section of Brooklyn, just outside of Gowanus. He was raised in close proximity to his grandmother Rosa and his uncle Dominick.

Anthony's father Frank "Schatz" Abbatemarco, and uncle, Michael "Mike Schatz" Abbatemarco, were Prohibition Era gangsters, apparently part of the Brooklyn organization of Calabrian underworld boss Francesco "Frankie Yale" Ioele. Following Yale's July 1, 1928, assassination, much of his organization was absorbed into the Mafia families of Giuseppe "Joe the Boss" Masseria and Giuseppe Profaci. Mike Schatz may have resisted the merger. He became momentarily conspicuous as a suddenly wealthy bootlegger. He was murdered in early October of 1928.

Frank Schatz became an important member of the Profaci Crime Family, specializing in the policy (numbers) racket. When Anthony Abbatemarco received a medical discharge from the U.S. Marines in 1945, he became his father's assistant and shared in the "Schatz" nickname (though altered a bit to "Shots") used by the older Abbatemarcos.

Father and son were arrested in March 1952, along with young Gowanus area hoodlums including Carmine Persico, Lawrence Gallo and "Joey the Blond" Gallo, for engaging in policy racketeering. Though he claimed to be unemployed, Anthony Abbatemarco was found in possession of $2,400 in case and had recently purchased a $3,800 Lincoln automobile. Police determined that Anthony was at that time the number-two man in the policy ring managed by his father.

On June 24, 1952, the Abbatemarcos pleaded guilty to lottery conspiracy. Frank was sentenced to a year at Riker's Island Penitentiary. Anthony got nine months at the same prison. When they were released, the Abbatemarco's returned to their old organization and their old line of work.

The Abbatemarco ring became disenchanted with Profaci superiors in the late 1950s and began withholding tribute payments to the crime family boss. Giuseppe Profaci reportedly ordered Abbatemarco underlings, the Gallo brothers, to kill both of the Abbatemarcos. Frank was murdered on November 4, 1959. But Anthony, apparently tipped off, went into hiding. 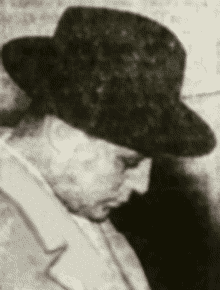 For knocking off their old boss and mentor, the Gallos expected Profaci to award them control of the Abbatemarco policy racket. Instead, Profaci gave the lucrative enterprise to his own relatives. The Gallo group - brothers Lawrence, Joey and Albert "Kid Blast," along with Carmine Persico (briefly) and other allies - broke with Profaci. They forced some promised concessions early in 1961 by kidnapping several high-ranking Profaci leaders. Profaci later went back on his promises and condemned the Gallo group to death. Gallo enforcer Joseph "Joe Jelly" Giorelli vanished in August 1961. His coat, wrapped around a dead fish, was later thrown from an automobile as it passed Gallo headquarters on Brooklyn's President Street.

It is uncertain what Anthony Abbatemarco understood of events at this time. It appears he initially blamed the Gallos, not Profaci, for the murder of his father. After a considerable period in hiding, he emerged August 20, 1961, apparently to help set up Lawrence Gallo for assassination by Profaci forces at a South Brooklyn restaurant. A patrol officer interrupted the hit and was shot as the Profaci assassins dispersed. The officer identified Abbatemarco as the man who shot him. Abbatemarco was charged with the attempted murder of a police officer.

Abbatemarco quickly switched sides. By October, he was part of the Gallo camp. On Oct. 4, 1961, his cousin Joseph Magnasco was shot to death on a Brooklyn sidewalk. Police raided Gallo headquarters, Direct Vending Corporation, at 51 President Street, and arrested eleven men, including Lawrence and Joey Gallo and Anthony Abbatemarco.

Several months later, Abbatemarco, Lawrence and Albert Gallo (Joey was in prison), Frank "Punchy" Iliano, Leonard Dello, Alfonso Serantino and John Commarato were mentioned in the newspapers for an act of heroism. On Jan. 31, 1962, they rushed into a burning third-floor apartment to rescue six trapped children and extinguish the fire. When interview by the press, Albert Gallo joked, "We'll probably get locked up for putting out a fire without a license." 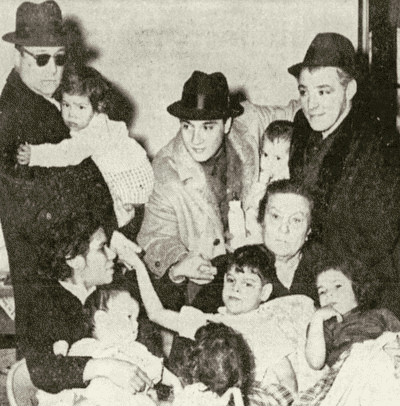 Abbatemarco (left), Albert Gallo (center) and Frank Iliano (right) with the family saved through their efforts.

Profaci's June 6, 1962, death did not resolve the Gallo rebellion. It continued through the reign of Giuseppe Magliocco. When the Mafia Commission removed Magliocco and approved Joseph Colombo as the new boss in 1964, Colombo entered into negotiations with the Gallo group.

Colombo managed to quiet the Gallo rebellion but only briefly. During the peace, Abbatemarco stepped away from the Gallos and joined a Colombo Crime Family crew run by the aging Salvatore "Charlie" Mineo. In the same crew were Carmine Persico, who had abandoned the Gallos much earlier, and Joseph Yacovelli. Mineo's declining health forced a change in crew leadership early in 1965, placing Abbatemarco uncomfortably under the command of Persico, who had been his subordinate in the policy ring run by Frank Abbatemarco

The Gallo rebellion reignited. Joey Gallo, known by this time as "Crazy Joey," was believed responsible for setting up the June 28, 1971, attack on Joseph Colombo that left the boss incapacitated. Colombo clung to life until May 22, 1978. Joey Gallo did not last as long. He was murdered in April 1972. Friction within the Colombo Crime Family continued even after Crazy Joey was gone.

Interim bosses took control in the crime family in the 1970s. Joseph Yacovelli reportedly served in such a role for a brief period. Over time, Carmine Persico emerged as the leading power in the organization. Yacovelli and Abbatemarco became key members of a dissident faction, and Abbatemarco eventually eclipsed Yacovelli as the recognized leader of that faction.

Following a Persico imprisonment in 1973, the FBI noticed that Abbatemarco held regular meetings with crime family big shots, including Charles "Moose" Panarella and Salvatore "Big Sally" Albanese, in his conspicuously unflashy 1971 Chevrolet automobile. They inserted a listening device into the car and eavesdropped on Abbatemarco conversations between May and September of 1974. 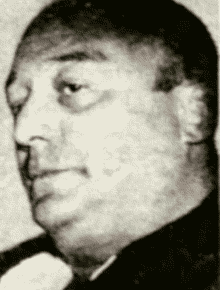 Recordings - including some Abbatemarco boasts of his gambling empire and critical assessments of the waning strength of the Gambino Crime Family and its aging boss Carlo Gambino - were brought to a Brooklyn federal grand jury. Abbatemarco was subpoenaed but did not appear, as his physician and his attorney argued that he was unfit to testify. They claimed that he had been unstable since his release from the Marines and was an alcoholic. They said Abbatemarco's "judgment, thinking and memory" were "severely impaired."

Thomas DiBella, a Staten Island-based capodecina in the Colombo Family, reportedly took control of family operations about a year later. DiBella finally brought the decade-old Gallo rebellion to an end by agreeing to allow Albert Gallo, the last surviving brother, Frank Iliano and others of the group to leave the Colombo organization and join the Genovese Family.

In this period, the identified dissident leaders achieved positions of official power in the crime family. Abbatemarco was selected as underboss, and Yacovelli became consigliere.

Events made it clear that DiBella was merely a surrogate for Carmine Persico. As New York crime families agreed to "open the books" and induct new members, DiBella gave nearly half of his organization's thirty-three new member slots to the Persico faction and split the remainder among other crime family crews. Crew leaders brought complaints to Abbatemarco and Yacovelli, and they, in turn, complained to the Commission. They argued that DiBella had abused his authority and should be removed from his office. The Commission refused.

Abbatemarco went into hiding, reportedly for a time in upstate New York, and turned his gambling operations over to subordinates. Yacovelli remained in the city but altered his daily routines.

From a distance, Abbatemarco watched the Persico wing of the crime family splinter in the early 1990s and disintegrate into its own warring factions, with Persico living out the remainder of his life in federal custody.